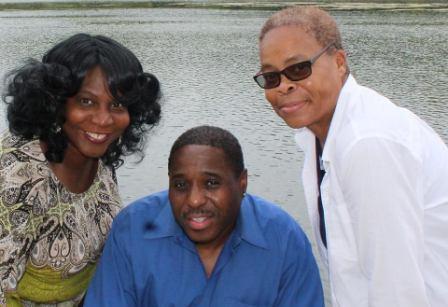 In 2011, Educator and  founder Joi Ford, developed an enriching learning program that she strongly felt was needed in the lives of small children. As a former educator, Joi often used music as a creative tool when teaching words, numbers, colors, and the alphabet to her students. Through her music and songs, Joi saw her young students excel. Seeing how her students respond to her music, she decided to share it with others. Since that time, Joi continues to write songs that engage and encourage young minds to learn and grow.

Joi Ford has been a school teacher in Upstate New York and Baltimore Maryland for 24 years. She holds a Master’s degree in Special Education and a Bachelors degree in Education and Spanish. She is the proud mother of five beautiful children and two grandchildren, who sing with her. Her love of teaching and for music has lend itself to help shape her destiny to becoming a children songwriter and soon to be author of children books. It is no surprise that her love of music would lead her to form the Joyriffic Band in 2011, along with her key board player Mark Rose. She would later add to the group others singers such as Judy Shepard(2014), Cyrinna Amanfo, Neveah Harps, Jeremiah Harps and Zoe Aleong. Her musical songs teach and warm the hearts of children and adults alike. Her gift to write music has been influenced by artist such as Michael Jackson, Stevie Wonder, Ella Jenkins, Hap Palmer and many other song writers from her childhood growing up in Ossining New York.

Mark Rose a Baltimore native, was introduced to music at an early age by his grandfather, who taught him to play by ear, and his uncle, who taught him to read music. As his love for music grew, he was influenced by all types of music such as Jazz, Soul, R&B, Rock and Classical. He is a graduate of Shenandoah College & Conservatory of Music (now Shenandoah University), with a Bachelor’s Degree in Music Education and an Associate’s Degree in Piano Technology. During a performance at a Middle school in 2011, he met Joi Ford who shared his vision and passion for writing children’s music. The two successfully collaborated on several songs which include, “Sunny Side Up”, “My Favorite Crocodile”, and “Give Me One Apple.” They look forward to giving you a host of other fun and educational songs for both children and Adults

Judy Shepard is a Southeast Queens, NY native who was introduced to music at an early age by her parents and god-mother and received her early musical training from various local area teachers and schools.  As her love of music grew, she was influence by all genres of music and list Phyllis Hyman, Stevie Wonder, and Leontyne price as her greatest influences. She is a gifted and talented singer-songwriter and has performed at various venues in and around NYC (Sugar bar, Sweet Waters, Village Underground) and has also had the privilege of traveling to Italy to share the gospel through song. Currently she is one third of the Joyriffic Band as a singer and arranger.

Give Me One Apple

Preview Songs From The Sunny Side Up CD